In the recent past, Sierra Leone has taken big strides to rebuild its communities with significant improvements on peace-building initiatives and social developments. The civil war, starting in early 1991, ravaged the country; citizens were kept as hostages by rebels, who forced them into sex slavery and hard labor for nearly a decade. Hundreds of citizens were killed by rebels, or died of untreated diseases related to malaria, cholera, or HIV/AIDS.

Thousands of people were left impoverished, while tens of thousands lost their lives and suffered acts of cruelty in the form of rape, child slavery, and brutal acts of amputations.

Now is a time of recovery for those living in Sierra Leone. There is great need among underprivileged children living in remote communities, especially one like the Pujehun district, located in the South, bordered by the Atlantic Ocean on the West and Liberia on the East.

Hope is Life Foundation is working with International Full Gospel Fellowship in this district to identify and provide micro loans to women guardians to start their own businesses. The profits made from these small ventures will in turn provide care, shelter and education for orphans. Hope is Life Foundation has already identified several guardians to sponsor and will continue to help more women to start their own business, resulting in the education of more children. Here are some of the guardians: 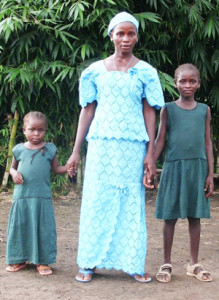 Jebbeh Swaray is a single female guardian caring for 2 orphan girls: Fatmata, age 10, and Lucia, age five. Her elder brother, late Bobor Charle, and his wife, late Marie Charles, both died in an accident. They left three children behind: Fatmata, Maseray and Lucia.  Fatmata wants to become an accountant and Lucia dreams of becoming a teacher. Ms. Swaray plans to sell fish at the local market in Pujehun town to support the two children. With the support of Hope is Life Foundation,  she expects a monthly profit and savings of $80 with a $400 investment. The profits will cover all  home and school costs. 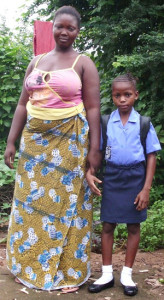 Gladys Macavoray is a single female guardian caring for one child named Maseray, age 7. Both of Maseray’s parents have passed away, and ever since, she has been struggling to attend school. Despite this, she wants to become a doctor when she grows up. Ms. Macavoray plans to sell fish purchased at Sierra Leone fisheries. She will buy large amounts to sell to those who buy at local markets. She expects a monthly profit of $60 with a $200 investment. The profits will cover home and school material fees. 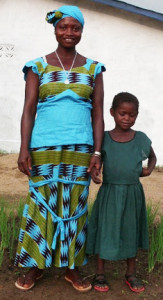 Mamawah Litombor is a single female guardian caring for a 5-year-old named Aminata. She also looks after her youngest sister after they lost both of their parents to a tragic accident. Aminata wants to become a lawyer. Ms. Litombor will explore the palm oil business, which is highly profitable as it is very common in the Sierra Leone diet. She will buy the product in neighboring villages and transport it to Pujehun where she will sell it to her customers. With this support, she will make a profit and savings of $60 each month. 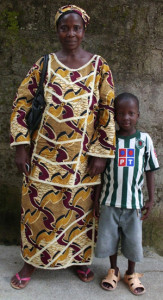 Isata Forray is a widow who now cares for a 6-year-old named Dennis, whose father died in an illicit diamond mining accident in 2010. His mother died soon after this. Madam Forray will sell local household utensils like rubber bowls and buckets to support the welfare and education of Dennis. She will also cater at local restaurants and serve basic Sierra Leone meals such as rice and cassava leaf, rice and potato leaf, and monkey soup and fofo. With this support, she will make a profit and savings of $60 each month.

More and more women Guardians have joined the program to provide education for orphans.

September 2014:
With the Ebola virus continuing to aggressively spread around West Africa, our thoughts and prayers are with the people of the affected countries. We recently received an email from Pastor Mambud, our local representative for the Hope is Life microloan program, about the situation in Sierra Leone. The program, which he supervises, provides small grants for women guardians to start their own businesses in order to support the welfare of the children whom they have adopted. The businesses range from selling fruit to palm oil extraction. Pastor Mambud asked for our prayers, detailing the fear and skepticism that has spread throughout the country, resulting in numerous acts of violence. In addition to the deathly nature of the virus itself, severe hunger is reaching more and more homes, including those who receive support from our program. Their businesses are currently at a loss as the country is in a state of emergency. We hope to support them through this extremely difficult time—but need your help! We are now welcoming donations to help these children and their families, pictured here. Thank you so much for your support!